Music in the Tabernacle 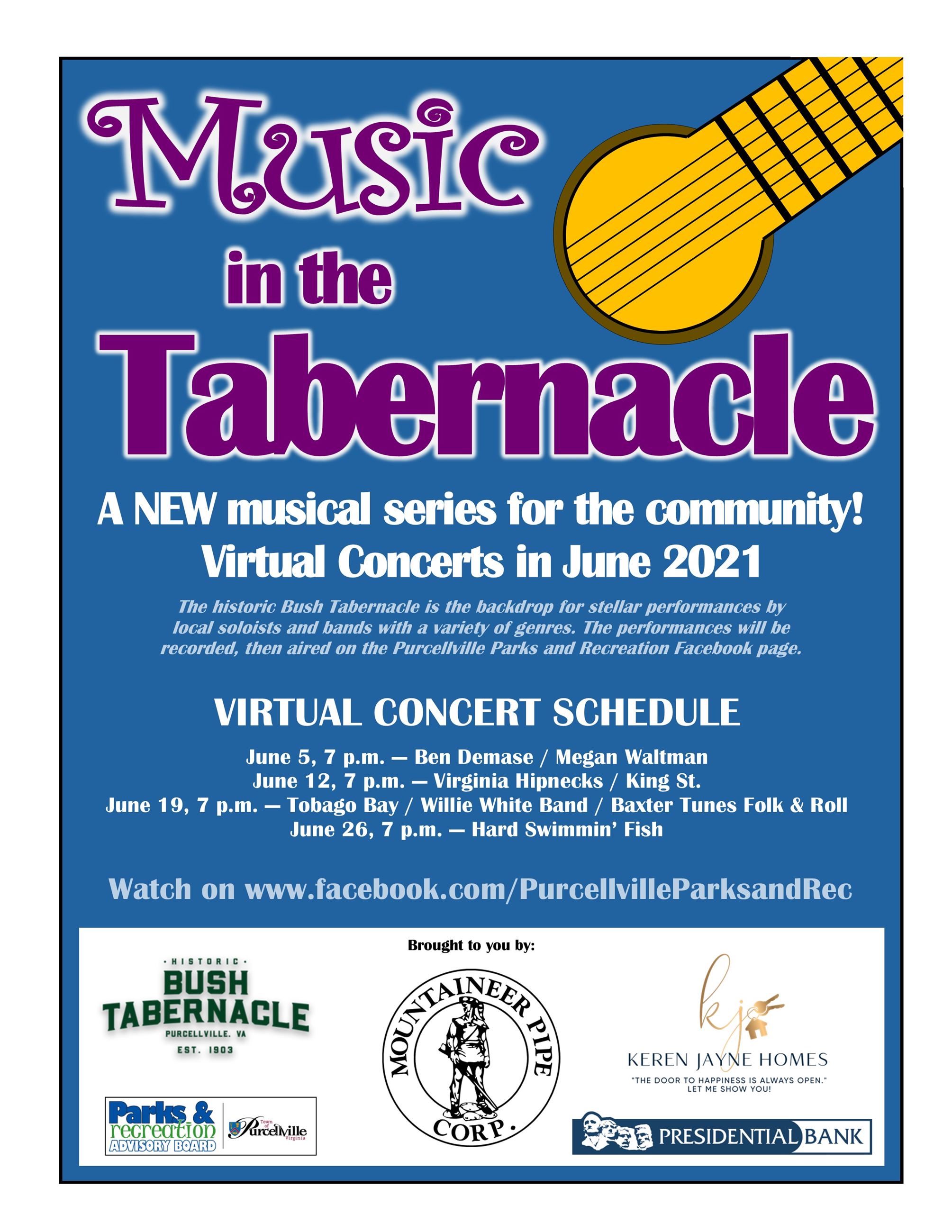 The Purcellville Parks and Recreation Advisory Board hosted Music in the Tabernacle, a series of four virtual concerts featuring eight local musicians and bands, in June 2021. The concerts were recorded in the Bush Tabernacle by OHM Productions with Loudoun DJ as the host, and will be published on the Purcellville Parks and Recreation Facebook page each Saturday in June, 2021.  The schedule of virtual concerts is below.

Music in the Tabernacle was established in 2021 to continue the Purcellville Parks and Recreation Advisory Board’s tradition of highlighting local performers. Since the annual Purcellville Music and Arts Festival wasn’t held in 2020 or 2021 as a result of COVID, Music in the Tabernacle offers a way to showcase some local musicians virtually. The Purcellville Parks and Recreation Advisory Board encourages you to enjoy these performances online to support the performers.

Read more about each of the performers below.

Ben Demase
Ben is a 14-year old 8th grader who attends Blue Ridge Middle School. He takes lessons at Shamrock Music Shoppe and has been playing for about 5 years. He enjoys indie and alternative music and has started writing his own music as well. He has played the Purcellville Music and Arts festival community stage twice, plays at various open mics, participates in Loudoun's Battle of the Bands. He also enjoys performing with school and local theater groups. 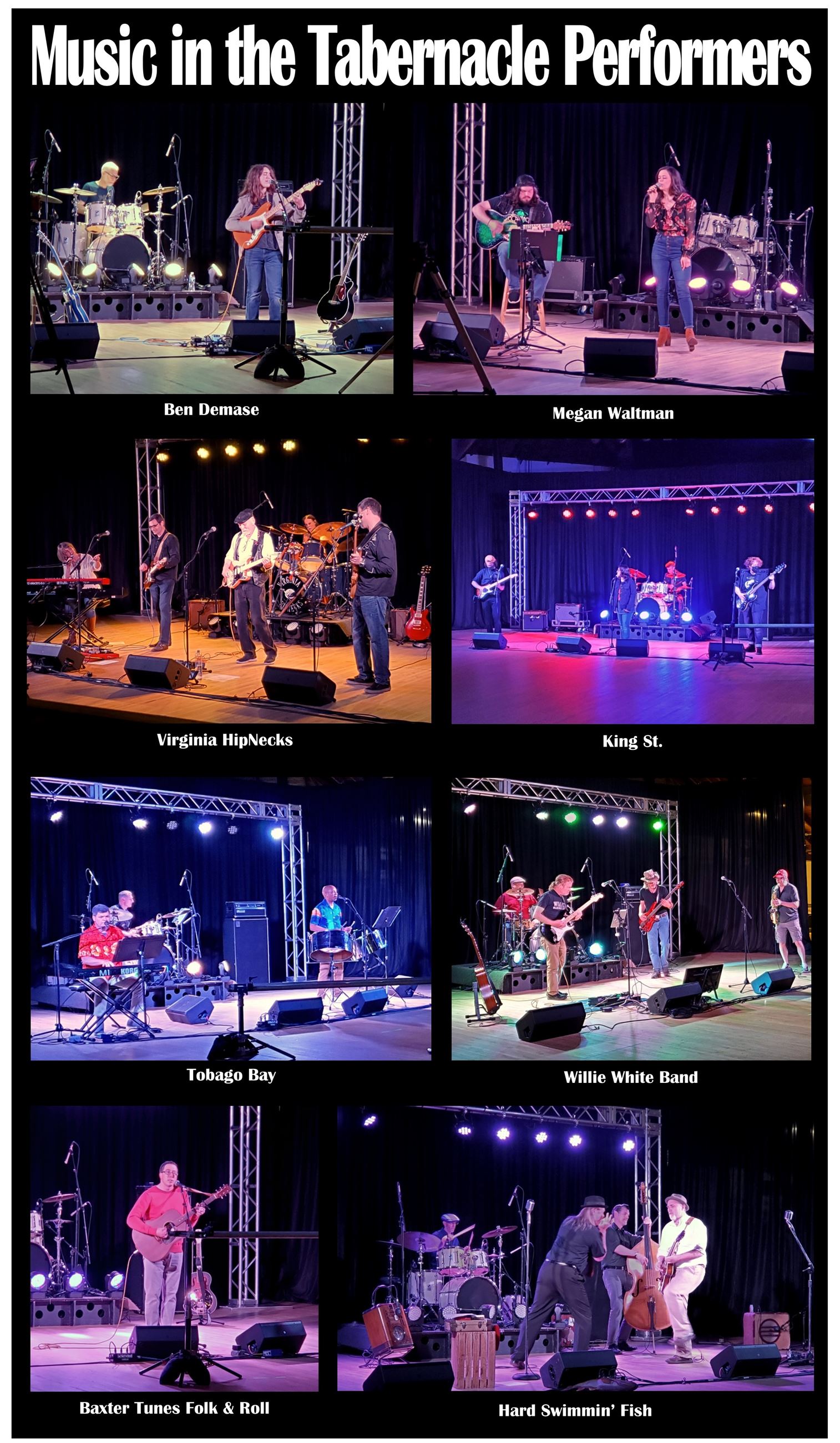 Megan Waltman
Megan grew up entertaining in the live performance culture of Chicago, and has been singing for crowds since her first gig at The Taste of Chicago when she was 12. While living in Los Angeles and honing her live performance skills at USC, Megan worked her way through school as co-host of the nationally broadcast, ‘Nate and Megan In The Morning’ on Radio Disney. Megan's current focus on writing, and recording, allows her regularly travel to LA, Chicago, and Nashville to perform live. Megan's second release, You’re Still There, is now available on all streaming platforms!

Virginia HipNecks
The Virginia HipNecks are a premier Northern Virginia-based classic rock and blues band.  An extended family of very fine musicians who play in a variety of combinations, the core members of the group have been making music together for decades. The group has a large and varied repertoire, including southern and classic rock, country rock, R&B, and originals., and includes beloved classics as well as deeper tracks.  Members of the band include lead singer and guitarist Mike Ellis, guitarist Scott Russell, drummer Richie Heisler, keyboardist Laura Nickle and bass player Ryan Benton.  The Hipnecks are dedicating this performance to their beloved founder and friend, Pat Walsh, aka Pappy Hipneck, a talented musician and Purcellville resident who passed away in January and is greatly missed by many.

King St.
The King St. band is a Northern Virginia rock band based in Loudoun County. The band consists of four talented high school musicians who write, record and perform their own music. The band is currently working on a new album to be released in 2021. King St. also has a repertoire of cover music, ranging from 70’s classic rock through the contemporary hits of today. King St. was formed in the drummer’s basement in early 2019 and has grown from an instrumental jam group, into an ambitious, genre-crossing powerhouse. The band is made up of Tommy Cegielski on drums, Aidan Preshong on lead guitar, Fletcher Zuckerman on bass and Ella Levri on vocals.

Tobago Bay
Tobago Bay is Northern Virginia's hot Calypso band featuring music from the Caribbean and the sound of steel drums. A stylistically unique band from day one, they have been singing, performing, and playing together since 2000. From Virginia to Washington, DC to Maryland's Eastern Shore, their professional and versatile group can be configured in a variety of ways ranging from solo steel pan to the full five-member compliment, and their wide musical repertoire includes both vocal and instrumental tunes.

Willie White Band
The Willie White Band consists of seasoned local musicians Willie White on Guitar and vocals, Wade Crounse on Bass and vocals, Scott Marks on Saxophone and Joe Castelhano on Drums. The band currently performs a blend of original and cover versions of Rock, Blues and Classic Country at various venues in Loudoun County and the surrounding areas. Influences include The Band, Tom Petty, Bob Dylan, and Johnny Cash among others. Their show consists of everything from upbeat, improvised jams to vocal harmonies over mellow ballads and classic songs. You can also find the band members locally, individually performing as solo acoustic artists and numerous collaborations in the area.

Baxter Tunes Folk & Roll
Bryan Baxter grew up in the Winchester area and spent his teenage years and early adulthood following his ear wherever it led him. A self-taught guitarist, he was eventually drawn to more soulful music without limiting himself to any one genre. Bluegrass, Jazz, Folk, Blues, and Rock; if his heart felt it, he played it. His open-minded musical spirit inevitably led him to unearthing a knack for writing songs of his own and adding them seamlessly into his every-day playing. His passion for music has put him on stage in such locations as South Carolina, Florida, Virginia, West Virginia, and even Cuba. His musical experience offers a collection of hand selected compositions that leave the listener feeling emotionally engaged and intrigued by both the lyrics and the often improvised instrumentals that accompany them. They range from the greats such as Bob Dylan, Grateful Dead, Hank Williams, Sr, and Norman Blake to lesser known traditional ballads, dug up from American history and brought before you in his own style. His carefully crafted original tunes compliment the style of his influences and offer power and substance while taking a place on the Americana stage in their own right. Oftentimes, you find yourself chuckling to his lyrical quips, tapping your foot to the traditional flat-picking, or spontaneously joining in a chorus to a newly introduced song like an old familiar ballad. Whatever Bryan presents on stage you are guaranteed a unique journey through his collective songbook with surprises along the way and left feeling like you are part of the music.

Hard Swimmin' Fish
Hard Swimmin’ Fish is an ensemble deeply rooted in the traditions of American music. Their down-home roots sound pilfers from the best that early American music has to offer including blues, jazz, funk, and swing, and churn it all up into a spicy brew that is familiar yet uniquely their own. The musical influences and instrumentation of the band seamlessly combine tradition and modernity. Demian Lewis (guitar/vocals) and Waverly Milor (harmonica/vocals) are steeped in blues traditions of the American south. Conjuring the wails of Howlin’ Wolf, RL Burnside and Bukka White, they pen original compositions that harken to an old-time blues show. Rooting the ensemble on upright and electric bass is Randy Ball whose unyielding pursuance of the groove has led him to study with luminaries Chuck Rainey and Victor Wooten. The rhythmic engine of the band is Jason Walker. His knowledge of musical traditions from Africa, its extension into the Caribbean, and their culmination in New Orleans in the American drum set, rumbles, growls and speaks in tongues through his cajon (box drum) based contraption set. 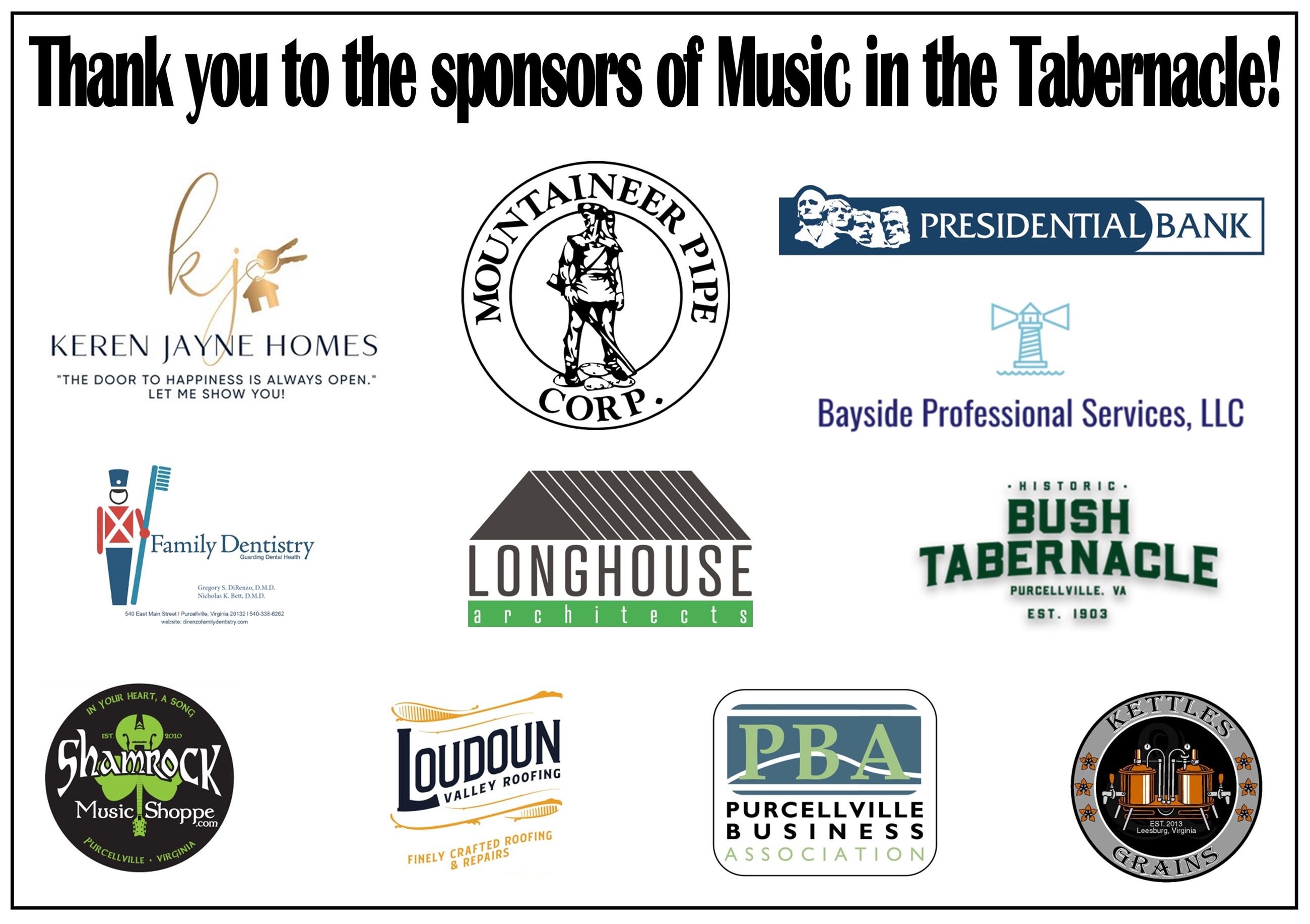