The information about the route and road closures is below to help residents and visitors prepare.

The Independence Day Parade will start and finish at Blue Ridge Middle School, making a loop. The route is below:

Road Closures for the Parade

The roads listed below will be closed from 10:30 a.m. and remain closed until the parade concludes at approximately 1:00 p.m. Times are subject to change due to inclement weather or other unexpected circumstances.

There will be some rolling road closures as the parade passes through, with the primary concern for the safety of spectators and parade participants. The Purcellville Police Department will manage closures and re-opening of roadways based on the priority of safety.

The map of the parade route is below. 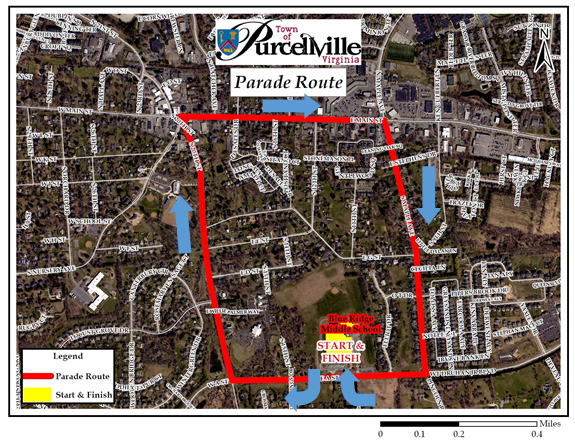